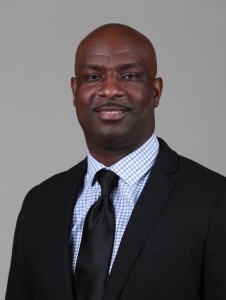 Will McKoy has been a high school Athletic Director since 2009 (Henry Ford Academy- Detroit), and took over as the District Athletic Director at Summit Academy North in December of 2011.  Will also enjoys working as a collegiate football official in the Missouri Valley Football Conference.

No Events This Week

Events are added by athletic staff.
View All Events